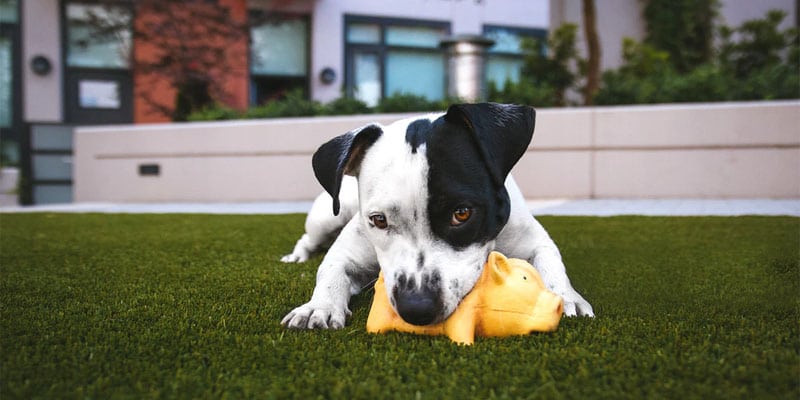 Chew toys are a dog’s best friend. They live with it, eat with it, and even sleep with it (at least, that’s the case with our canine resident).

It may have reached the point where the annoying squeaky toy has become mangled beyond recognition and still gets the same treatment from its adoring playmate day after day.

You might find the squeaking sound unbearable, but dogs apparently love it unconditionally. Have you ever wondered why that’s the case, though? Why does every dog who’s ever lived love that high-pitched sound so much?

Today, we’re out to answer this question and to offer solace for owners who are feeling challenged by the cacophony in the back yard. It turns out that why dogs like squeaky toys has to do with how their doggie brain is wired, and it’s a matter of instinct.

1. It’s all about a dog’s instincts

The prevailing theory is that a squeaking toy activates a dog’s baser instincts. The documented reaction is based on studies that have been conducted by researchers and the American Kennel Club.

All dogs are descendants of wolves. Yes, the ferocious wolf, which hunts and kills other animals in the wild. Inevitably, dogs have inherited some of this animal’s hunting instincts from their fierce ancestors, in varying degrees.

Fortunately, most domestic dogs have left out the killing part of the evolution. Even the cutest Pomeranian or elegant poodle, though, will have some hint of this wildness in their demeanor. Nowhere does this instinct kick in more clearly than with the squeak toy.

The high-pitched sound that emits from a squeaky toy sounds extremely akin to an animal that’s in pain or afraid. It is also similar to the sound the prey of a wolf makes when predators pounce in for the kill. Once a dog hears this squeaking sound, he instinctively associates it with a wounded animal, just like its wild forefathers.

It’s also why a dog loses interest in the object once the chew toy loses its “squeaking” sound. Instinct tells the dog that the chew toy (which represents their prey) is already dead. They quickly become bored and begin searching for another victim that exhibits more vitality.

2. It's instantly gratifying to your dog

Animal instincts aside, the other reason dogs love the squeaking sound of the chew toy is that it strokes their ego. Let me explain.

For a chew toy to squeak, it must be bitten with force and accuracy. When a dog achieves that satisfying high pitch, they instinctively become aware that they have succeeded in administering a powerful and intimidating bite. It’s instantly rewarding to them—an affirmation of their strength and ability.

It also makes your dog much more motivated to continue improving their biting prowess. This enthusiasm leads to an overall healthy jaw and strong bites, which is why these dog toys have such value to the development of your furry friend.

You can see this in action when you introduce a new reward whenever they squeak their chew toy. Dog’s love affirmation from their owners.

Try giving them attention or affection every time they bite on a specific chew toy. Before long, it will become a favorite toy, and your dog will inevitably squeak with the same one every time.

3. It's mentally healthy for the dog

Restraining your dog’s inner instincts is not recommended. We do want prim and proper little pooches in our urban environment, and that’s okay. If you keep all that instinct bottled in, though, sooner or later, it will release itself in more destructive ways. It won’t be pretty.

Like a pressure cooker, the best release is to let your dog let off some steam every once in a while.  A squeaky toy is a fantastic outlet for this type of energy and aggression. Allowing them to bite on to their chew toy is a harmless way of helping your dog to release some of their pent-up energy, natural aggression, and deeper instinct.

A chew toy will also serve to occupy your dog during the quieter hours of the day. If it’s chewing in the garden, it won’t be directing its biting instincts to other parts of your house, like the sofa or the TV.

4. It's a way for them to clean their teeth

We imagine that dogs are just as annoyed with bits of food stuck in their teeth as humans. We also would like to believe they want clean teeth, healthy gums, and fresh breath.

Dogs turn to squeaky toys to help with their dental hygiene. Chewing constantly on something helps remove food and plaque build-up from their teeth and gums. It leads to better dental health for your dog in general.

Some chew toys are specially designed to help clean your dog’s teeth, which is both entertaining and healthy.

A squeaking toy is a toy. The sound it makes is one that dogs enjoy. It doesn’t mean it’s not beneficial, though.

Chewing provides plenty of exercise for your dog. It also keeps your pet occupied, which helps reduce any anxiety and stress.

6. It garners our attention

Dogs are social animals, and they crave attention from their humans. If they can’t catch your attention through reasonable means, they will do it through a squeaky toy. Even if they receive an annoyed look from us, it’s still fulfilling the attention needs they so desperately crave. 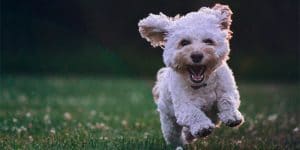 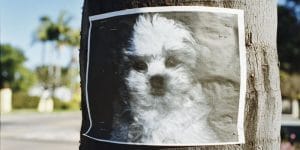 What to do if you find a lost dog