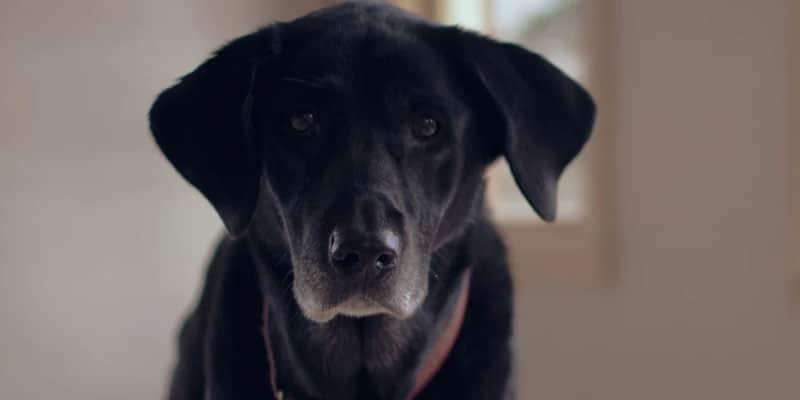 Across the United States today, it’s currently estimated that about 50% of U.S. households own pets. From cats to fish to hamsters and dogs, pets play a significant role in the lives of millions across the country.

Dogs are the most common pet to own in the United States. They are even more popular than cats (just barely!). With dozens of breeds to choose from and their friendly and playful nature, dogs are a perfect companion for anyone looking for a friend.

However, when it comes to the popularity of dogs color, black dogs often find themselves at the bottom of the dog wish list, compared to their yellow, chocolate, and white counterparts.

The phenomenon of black dogs being the least popular among other dog color choices has led to what is today known as Black Dog Syndrome.

Is black dog syndrome real, or is it overstated ? What exactly does it mean ? In this article, we’ll take a more in-depth look into why people choose black dogs less often for adoption.

If you’re currently looking to adopt a dog, you’ll want to read this before you make your decision.

What Is Black Dog Syndrome?

Black Dog Syndrome is the idea that people often pass over black dogs, whether the dogs are adopted from a shelter or purchased at a store.

Over the next several years, further studies concluded that there was a correlation with the color of the dog and the length of time dogs remained up for adoption. Unfortunately for black dogs, they more often had to wait longer to find a home.

Although there is a slight correlation, there are many additional factors that affect whether a dog is ultimately adopted. In addition to color, the dog’s breed, size, and health play a significant part in whether or not someone takes the dog home to be part of their family.

Pitbulls, for example, have a perception of being incredibly aggressive, which lessens the chance that a family will consider that type of breed for adoption.

Additionally, smaller dogs are often chosen more frequently given that they don’t require a large amount of space in the home. For those who live in an apartment, for example, a large dog breed might not make the most sense.

Answering the question about why some dogs are adopted, and others are not is complex. Black dog syndrome continues to be pervasive in today’s culture, and it impacts how families in the U.S. decide which dogs to adopt.

Is Black Dog Syndrome a Myth?

Recently there has been some debate as to whether or not Black Dog Syndrome is a myth. Some studies have suggested that the phenomenon is real, while others suggest that people overstate the situation of black dogs awaiting adoption.

Many dog adoption shelters across the country can tell you firsthand that their facilitates are overloaded with black dogs needing to find a home.

With literally thousands of families in the U.S. looking to adopt dogs, one dog being unable to find a home is too many. However, the continued glut of black dogs available for adoption is an incredibly troubling reality.

One reason people do not adopt black dogs as often as other dogs is because of the unfortunate myths of behavioral issues and aggression. Even hearing just one story of a violent black dog can make you choose a different color dog to bring home to your family.

Most pet and dog enthusiasts who have studied the issue of black dog syndrome will agree. There is some correlation between the color and how long it takes to be adopted. That said, more research will be needed to understand the effects of color on dog adoption fully.

It Takes Longer for Black Dogs to Find Homes

Given that the latest studies suggest black dogs take longer to be adopted, what can someone who loves animals do about the situation?

You can decide to adopt a black dog for your next animal as well as encourage your friends and family do the same as well.

People should take action and inform potential dog owners about why black dogs make great companions. We can slowly begin to find black dogs homes in equal measure as other dog options.

Yellow, white, black, or chocolate, the color of the dog should not be the deciding factor when choosing which dog to adopt.

Why Black Dogs Are Overlooked

There are many reasons why people overlook black dogs at adoption shelters. The most common cause is the direct result of negative and often inaccurate stereotypes displayed in the media.

In movies, we see the violent black pit attack their owner. We hear stories on the news about black dogs misbehaving. Only a small percentage of dogs misbehave, but the one horrific story we hear stands out.

Here are a few other reasons why people overlook black dogs:

Let’s take a look at some facts and fictions when it comes to black dogs.

In many cultures and folklore, the color black often represents bad luck and sometimes even death. Childhood stories and popular themes on T.V. and movies often use black to convey a negative meaning.

Of course, as far as we know, owning a black dog does not make you any less unlucky.

The color black can also represent a feeling of being sad or depressed. At many funerals, for example, those who attend wear black. Though black dogs can be just as joyful and happy as other dogs, the negative stereotype puts some potential dog owners off.

Some people are just scared of black dogs. Whether conscious or unconscious, their fear prevents them from giving a black dog a chance.

Unfortunately, those who are afraid of black dogs are often missing out. Color has virtually zero effect on the dog’s behavior and aggressiveness.  The breed of dog, however, can play a large part in how a dog behaves.

Some potential dog owners believe black dogs are too dull. They want to have a fluffy white dog or a chocolate lab because they are the only one on the block with that kind of dog. Of course, as anyone with a black dog will tell you, they are far from ordinary.

For those who are looking to train their dogs in outdoor sports competitions, a black coat of fur can cause the dogs to heat up quickly. This condition can scare off potential adoptive dog-parents.

Although the color black absorbs the sun more effectively than other colors, black dogs can be just as successful in competitions as any different color.

Black dogs need your help. If you’re currently considering adopting a dog, you should consider a black dog.

Dogs that cannot find a home after a short period are often put down. This outcome is something we should be doing everything we can to prevent.

Despite the many myths and fictions surrounding black dogs, they can be a perfect addition to your family. We are confident there is a black dog out there waiting to meet his or her new mom or dad.

1.  Adopting a black dog means your family photos will get an instant upgrade. A beautiful black dog in your photos is sure to rake in the comments and likes.

2.  It’s well known in the fashion world that the color black goes well with everything. So, no matter where you take your four-legged friend, you and your dog will be in style.

3.  Black dogs look cleaner for longer periods compared to lighter colored dogs, unless, of course, they just finished running through the mud!

4.  Black dogs have often been waiting significantly longer to find a loving home than their other dog counterparts at the shelter.

5.  Black dogs are just as friendly and loyal as any other dog.

6.  They make good snow dogs! Try finding a white or yellow puppy buried in a few feet of snow! If you live where snow is common during the winter, you’ll have a blast playing outside with your dog!

7.  They look great in any color or type of collar. No matter what kind of dog collar you buy for your dog, they are guaranteed to look great wearing it.

8.  There’s nothing quite like seeing your shiny black dog after a much-needed bath.

9.  Some recent studies on black furred dogs and cats suggest black dogs have a slight edge in life expectancy compared to other dogs.

10.  Black dogs need you! The truth is, in many adoption centers and shelters, black dogs are overlooked and can’t wait to be adopted into their new home of loving humans.

If you’re looking to adopt a dog, we highly recommend that you consider making a black dog a new member of the family.